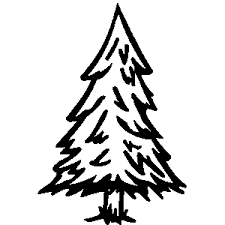 One Christmas stuck forever in a man’s mind, a memory like an old Polaroid in faded sepia tones.

It was ’65 or ’66.  Small living room in a little white clapboard house on Spring Street.  Hemmed-in by a hospital parking lot on one side and a creek ditch deep enough to hold a train car on the other.

A red cedar Christmas tree in the corner, cut from somebody’s fence row out in the country in a time when folks didn’t mind you doing things like that.  Decorated with a string of popcorn, a lot of tinsel, and some of those big colored lights that appear to be back in fashion.  A few store-bought ornaments, but mostly construction-paper Christmas shapes and candy canes.

Presents under the tree, some wrapped in fancy printed paper, others in simple colored tissue.  A hand-made Christmas stocking hanging from the mantel, just below a wooden Nativity scene.

A boy got up about 4:30, because he could no longer lie still and listen to the mantel clock strike the hour and half hour.  Presents from Santa arranged on the oak floor in front of the tree.  Cowboy hat, gun belt, and two shiny cap-gun six shooters.  A Jellystone Park set complete with Yogi, Boo Boo, and Ranger Smith.  A bag of plastic army soldiers, enough to have his own little Vietnam just like the one he could see on a 12-inch black and white every evening at six.  Other small items, now forgotten.  The Christmas stocking yielded an orange, a few pecans, and a roll of Life Savers.

It was a great year. A BIG haul. Important to a boy in a working-class family in Alabama in the ’60’s.

Why?  Because that was pretty much it for that year, with the exception of a couple of presents on his birthday.

That’s what made a boy think about Christmas all year.

“No’s” and “put it backs” filled the rest of the year.  The boy was a man before he realized the reason — there wasn’t any extra money back then.  Money kept the lights on.  Kept gas in the car to get to work and back.  Kept food in the refrigerator.  Kept up hope that the refrigerator held out another year or two.  Christmas required sacrifice.

Different world now.  A man’s kids never understood.  A man’s grand kids have no chance of understanding.  A single trip to Target can trump that ’60’s Christmas.

But then again, that ’60’s boy had more in his stocking than his parents had on their Christmases.

Don’t misunderstand this little tale.  The man isn’t complaining about his childhood, or bemoaning the prosperity that allowed him to buy gifts for his grandchildren this year that cost more than his daddy made in a month back in ’66.

It’s just a memory a man will replay tonight, as he does every year.  All lights off except for the tree.  Aware of the time going by.  Trying to get that ’66 feeling back.

Here’s to your Christmas memory.  If you don’t have one, make it this year.

21 thoughts on “A Christmas Day”