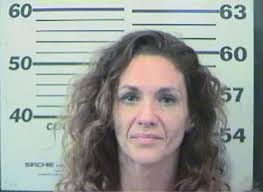 Over the last couple of days the news has been dominated by the death of a famous athlete who was killed (along with his daughter and several other people) in a helicopter crash. There will be tributes, candlelight vigils and ribbons over the next few months.  It was a tragic loss of life, to be sure, but it’s a celebrity story and Americans are enamored with celebrity.

I read further down the page until I see the photo above.

Angel also died this weekend, when she was shot and killed by the police in a small Alabama town.  I don’t blame the cop who pulled the trigger, because she started firing as soon as the cruisers rolled up in the driveway at the trailer park.

The story indicated that Angel had one previous arrest for “obstructing governmental operations.”  Neighbors said that she had “mental problems.”  Others alleged drug use.  One neighbor was quoted as saying that he “hoped this meant peace and quiet would return to the neighborhood.”

I read each of the 35 comments below the electronic news story.  All political.  Bad cops.  Racial  implications.  Alabama politicians.  The mental health system. President Trump(?!?).  I read on, expecting someone to try and weave the Alabama and Auburn football rivalry into the commentary, but no one figured out how.  This the back-and-forth irrelevant nonsense of electronic anonymity.  The downfall of civility in America.

I know nothing of Angel’s story, but I cannot get that photo out of my mind.  She was younger than she looked, but still very pretty.  I am drawn to her eyes.  I magnify the photo as large as the computer will allow.

I see it.  Loneliness.  Darkness.  Hopelessness.  Sadness.  A brokenness that I am not sure can be fixed.  It’s a long, slow death spiral into the ground.  I see it because I’ve looked into eyes like that before, up close.

I’ve heard it said that things aren’t remembered if they aren’t written down.  I think that refers to people too.

Here are a few lines about Angel.  May she rest in peace.